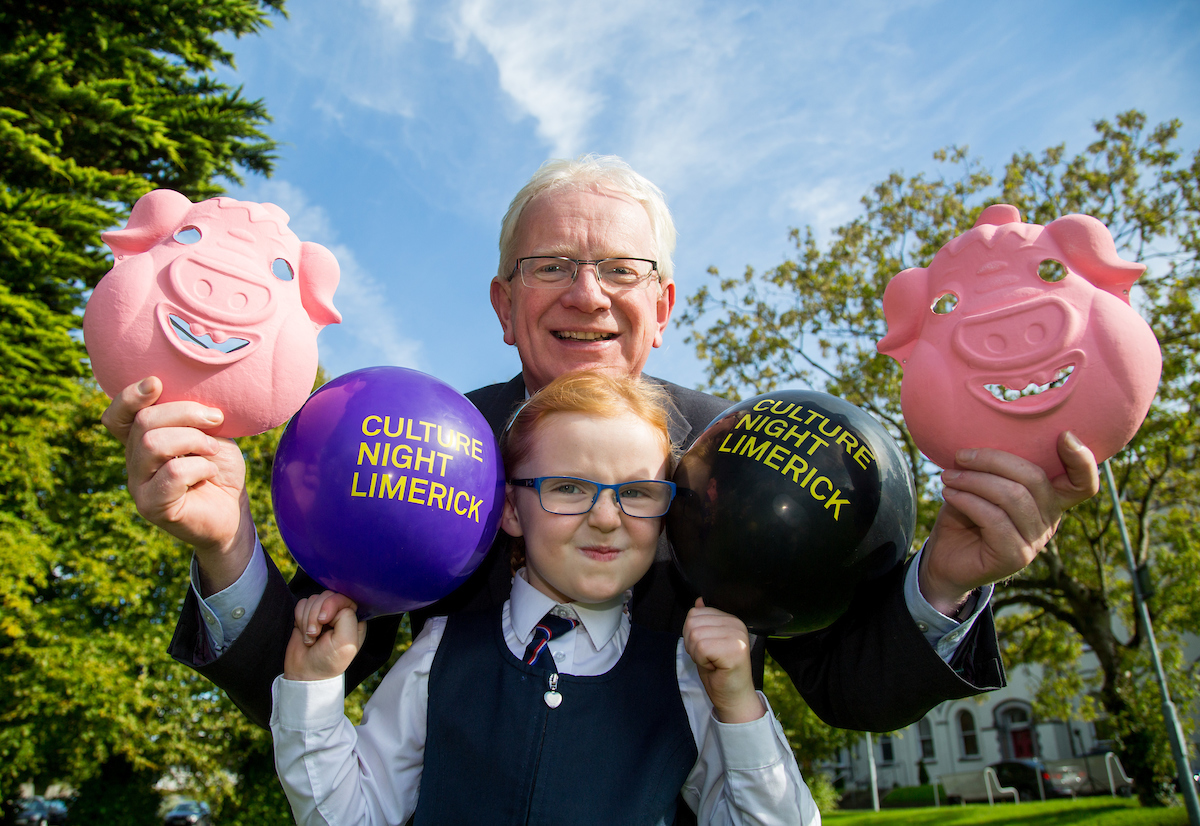 LIT has launched its Culture Night programme, which features a partnership with the Pigtown Food Series for Limerick’s first Pig Parade – led by a giant pig – as well as a feast of film-related activities at LSAD in Clare Street, including animation, Claymation, green-screen demonstrations, digital painting and stop motion.

The Pig Parade – led by a giant pig made by LSAD graduate Emma McNamara – will see children and families parade up through Cruise’s Street before finishing in the Milk Market, which hosts a special Culture Night event.

Olivia O’Sullivan of the Pigtown Food Series who are organising the Pig Parade said, “We are delighted to have LIT on board for this fun family event on Culture Night celebrating Limerick’s pig heritage. Children from across Limerick can download their pig mask template online from pigtown.ie to join in the fun of the Pig Parade, or create their own pig mask and come along. Families are being asked to gather at Cruises Street from 5:30pm for the Pig Parade which is sponsored by LIT. Scenes from Mike Finn’s iconic play, “Pigtown” will feature, along with face-painting, music and more.“

President of LIT, Professor Vincent Cunnane said, “Culture Night is a great initiative that allows Limerick city to open itself up through new experiences and special events. We are delighted to partner with the Pigtown Food Series to bring the Pig Parade to the streets of Limerick. It’s a participative and fun event which will uncover and celebrate Limerick’s rich food heritage.”

“We are also very excited to open LSAD up to the public as part of our Culture Night programme. I would like to invite people to join us for a for a range of activities, including special screenings and an exhibition marking 21 years of the Fresh Film Festival.”

In LSAD, the school’s animators will show people how to design and draw cartoon characters and do traditional flipbook animation. Staff and students will also lead workshops on Claymation model making, green-screen demonstrations, stop motion and digital painting.

A compilation of the best of Ireland’s young filmmakers will be shown in the LSAD Gallery, alongside an exhibition of 21 years of Fresh Film artwork and posters. Founded in Limerick in 1997, Fresh Film supports young filmmakers aged 7 – 18 to tell their stories through the medium of moving pictures.  It runs the Irish Young Filmmaker of the Year Competition annually.

with thanks (for saving our bacon)